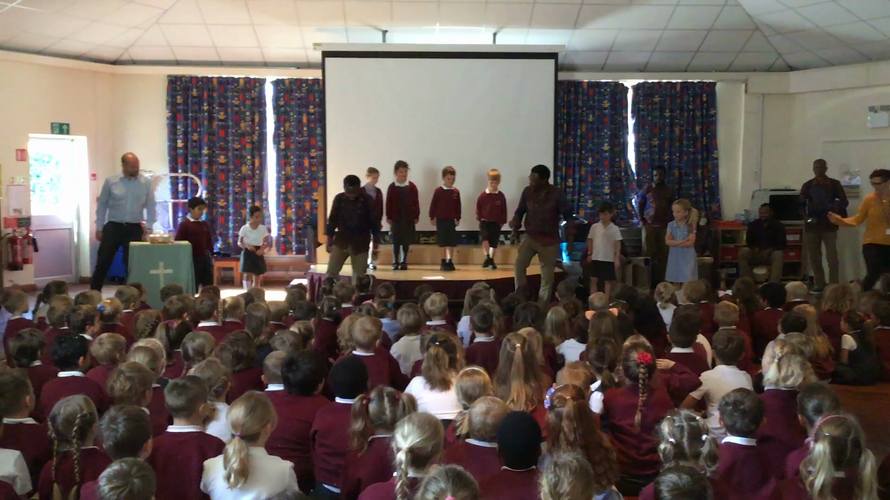 More from the Band... 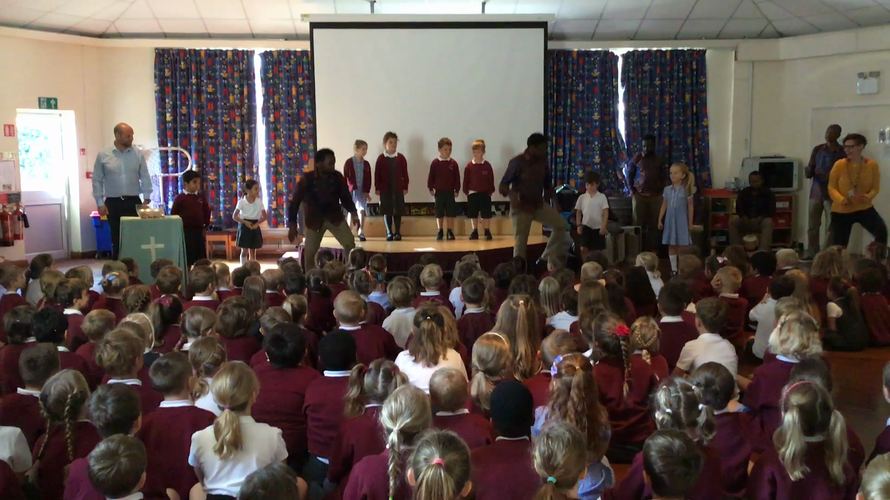 and even more! What an amazing day! 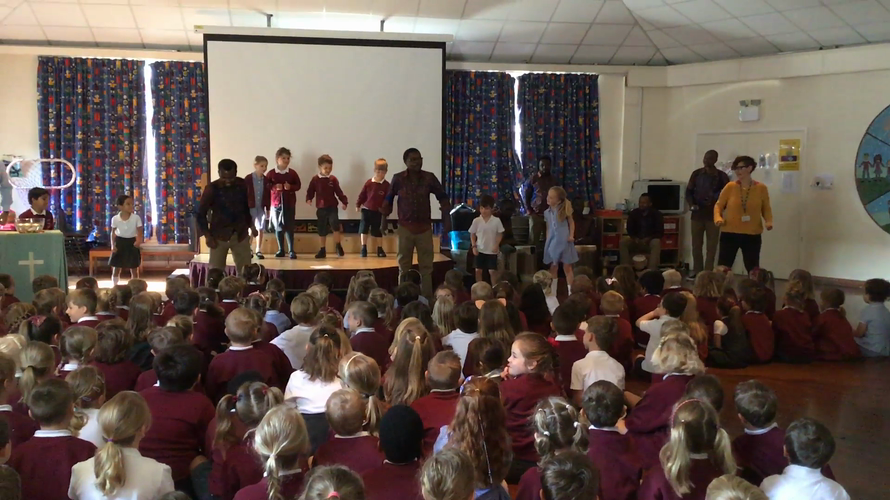 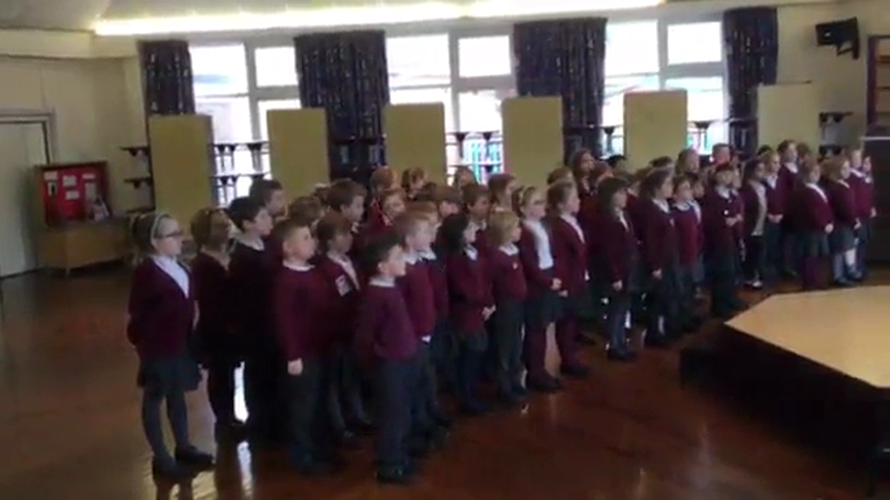 Minty visited our school this week, one of the nine life-sized sheep models travelling around the 118 church schools in the Diocese of Gloucester over the next year, as part of the Good Shepherd Project.

We decorated the sheep with our logo, and completed a diary entry to show how Minty was involved in the life of the school. This included a song about Minty and his shepherd written by one of our foundation governors, the year two children and their class teachers. You can see them performing the song on the attached video and if you would like to sing along here are the words:

Minty and the Shepherd
Minty has a shepherd, who looks after the sheep.
From the moment that they wake up ‘til the time they go to sleep.
He is so gentle, so caring and kind.
Someone more loving you just couldn’t find.

Sometimes Minty’s naughty and she wanders off.
She heads into the forest, and then somehow gets lost.
She’s wanting forgiveness for how she’d behaved.
The shepherd’s delighted that Minty’s been saved.

If you met the shepherd, he would keep you safe.
He’s caring for his people, they just need to have faith.
He is respectful, friendly and strong.
Someone to help you if something goes wrong.


The Good Shepherd Project aims to support schools to recognise and celebrate that they are part of the Diocese of Gloucester family. It is a deanery based project, with one sheep going around the schools in each deanery. 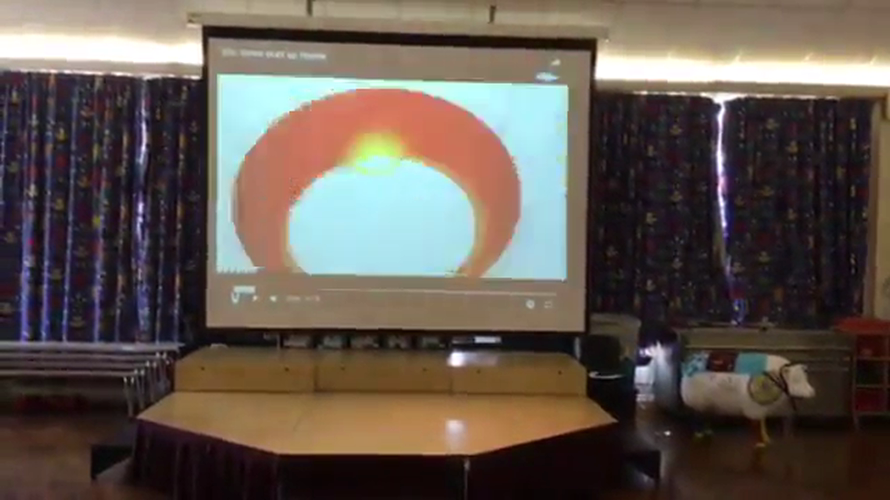 The events in school at the end of last week have attracted news coverage from the BBC. Reporter Maxine Mawhinney has spent the day 'live' in school overseeing news gathering by the children as they continue to try to piece together the circumstances of the crash-landing...

Reporters  broadcast live from the scene... 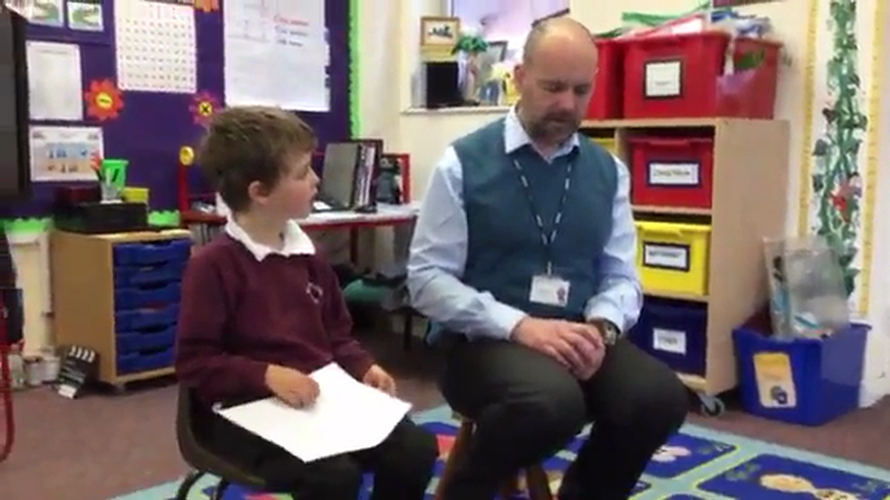 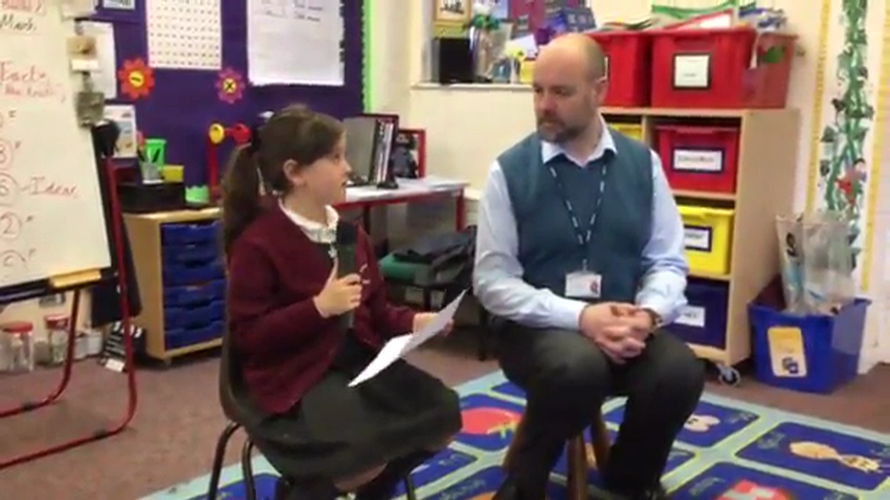 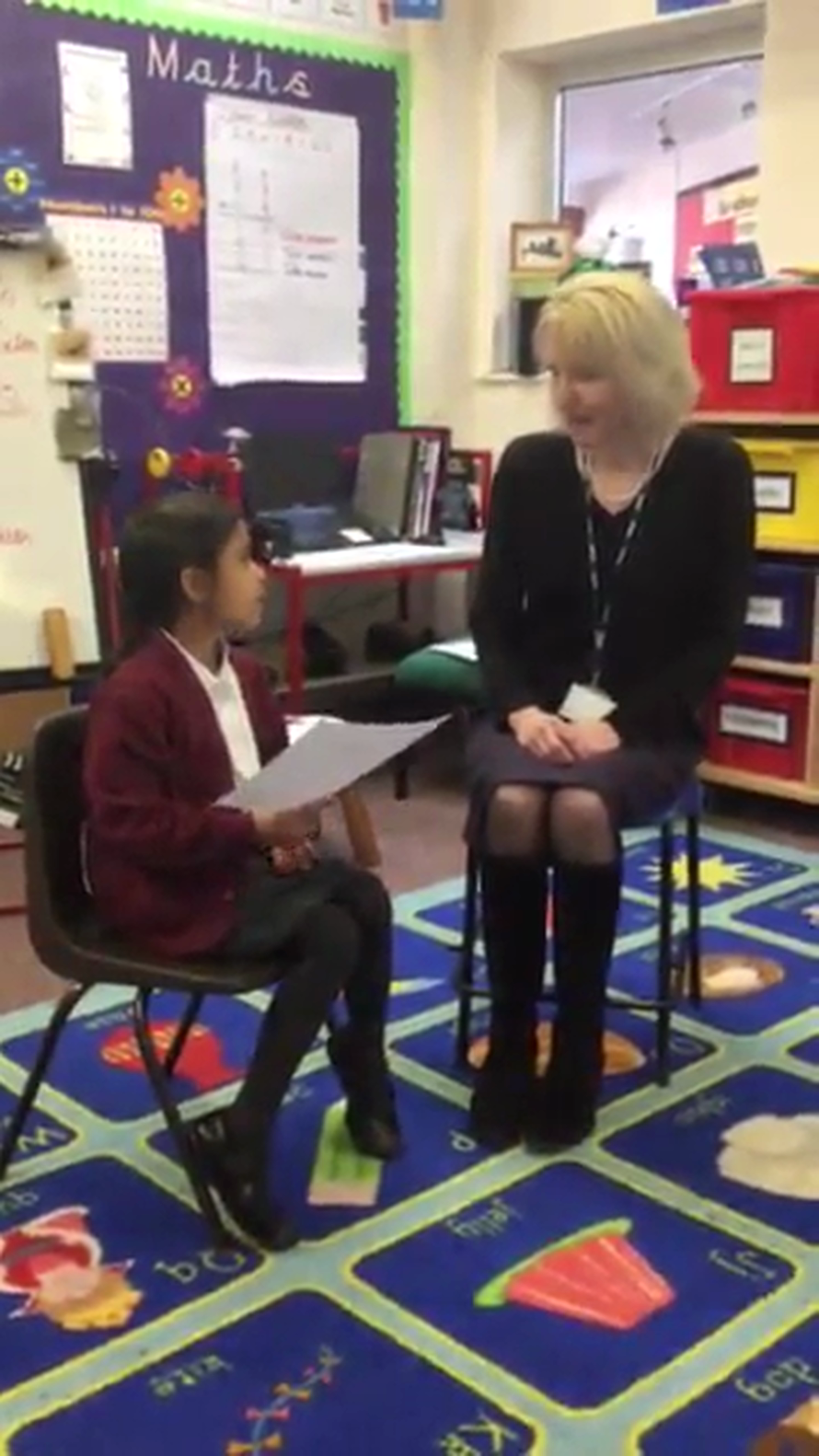 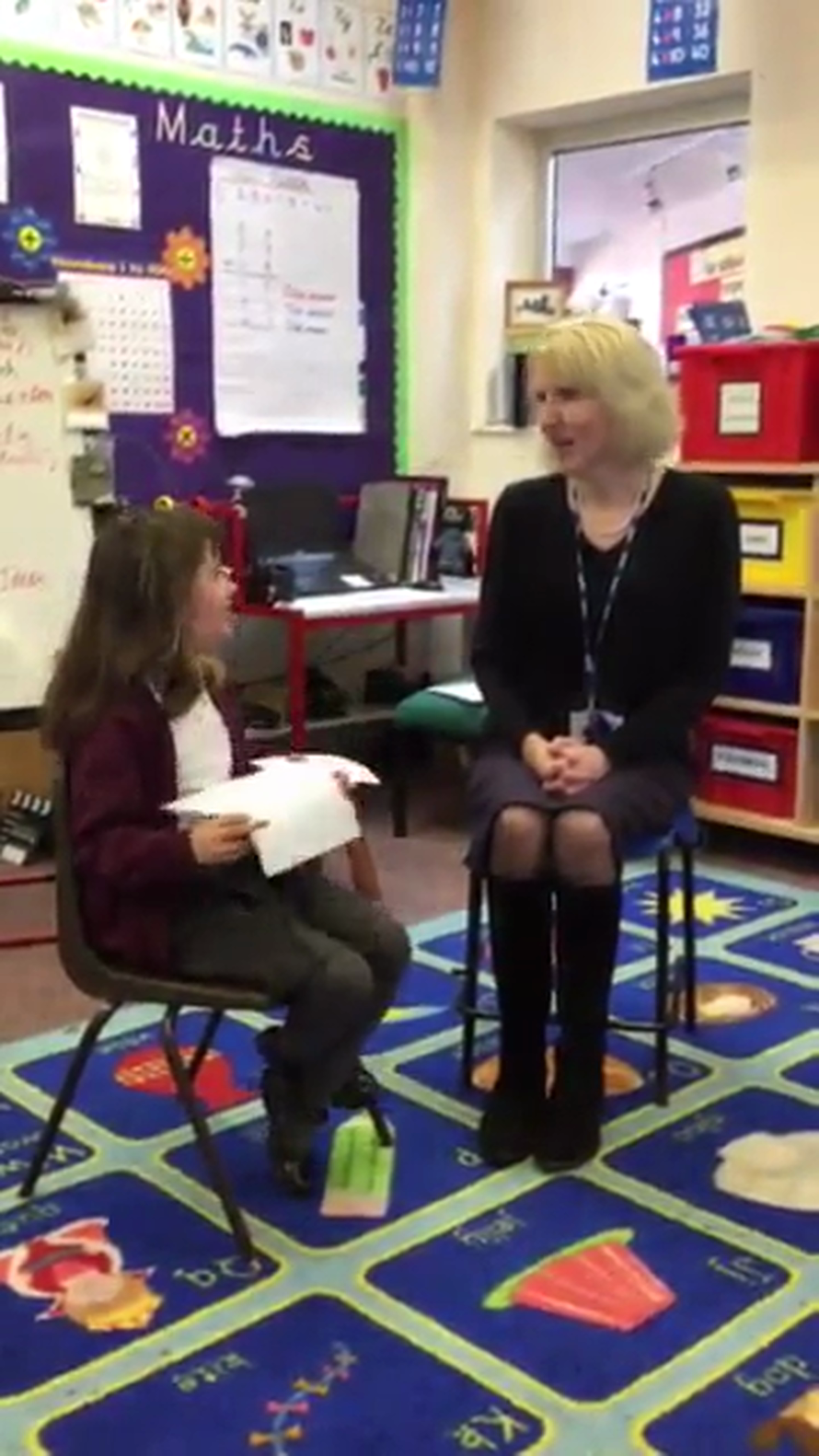 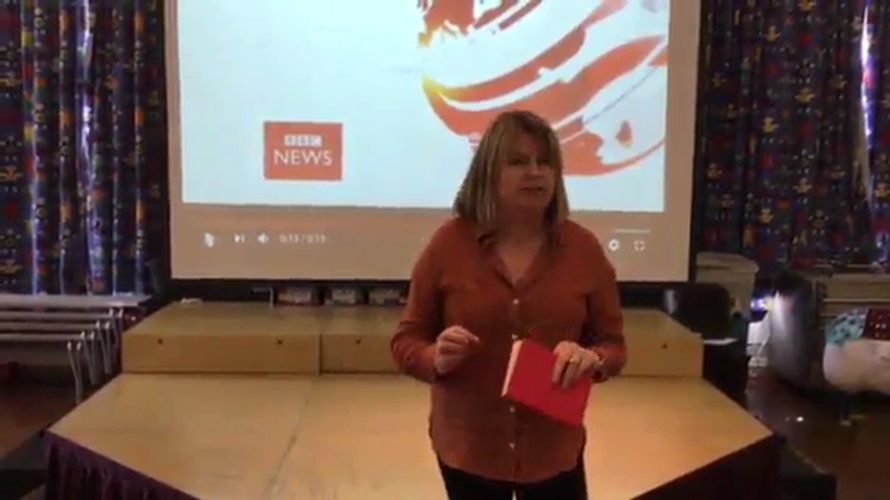